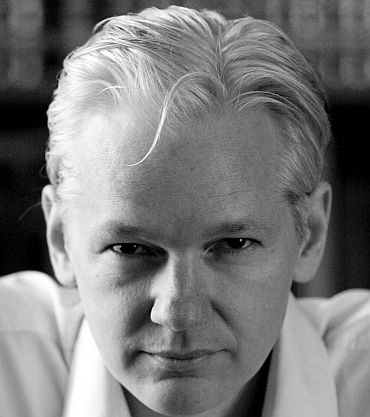 Hitting back at Mayawati who wants him to be put in a "mental asylum", WikiLeaks founder Julian Assange on Tuesday said that the Uttar Pradesh Chief Minister needed to take up her case with the United States if she has a problem with the contents of American diplomatic cables that painted her as an "egomaniac."

His statement came hours after Mayawati slammed him over the US diplomatic cables released by WikiLeaks last week that described how the BSP supremo once allegedly dispatched her empty private jet to fetch her favourite sandals from Mumbai.

The cables also claimed that Mayawati had food tasters to sample her meals and a "security entourage to rival a head of state."

In a press statement, Assange said that "Mayawati has betrayed the rational thought. The question is, has she also betrayed the Dalit?" 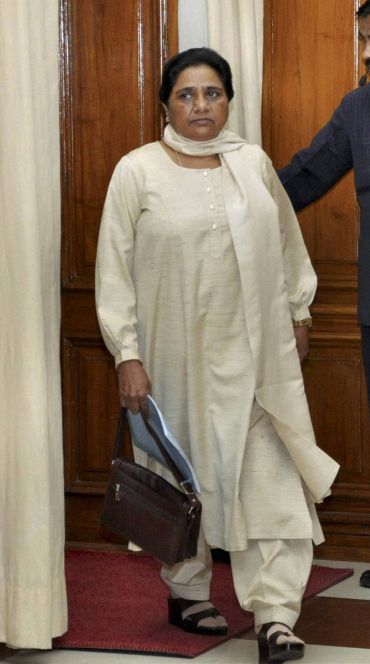 "There is no question that the documents (leaked US cables) are official papers... from the US embassy. These papers have been proven the world over, including by the aggressive persecution of our people by Washington," he said.

"The allegations within them are made by US diplomats in their private communications back to (Secretary of State) Hillary Clinton. If Chief Minister Mayawati has a problem with the contents of these communications, she needs to take it up with Hillary. I ask that Mayawati admit her error and apologise," Assange said.

"Should she fail to do so, she is welcome to send a private jet to England to collect me, where I have been detained against my will, under house arrest for the last 272 days. I would be happy to accept asylum, political asylum, in India, a nation I love. In return, I will bring Mayawati a range of the finest British footwear." 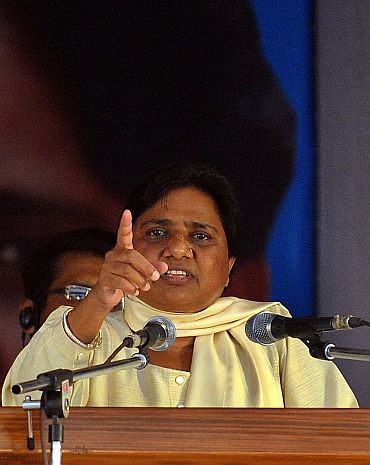 Earlier in the day, an enraged Mayawati, speaking to reporters in Lucknow, rejected as baseless the allegations against her in the cables, saying the "WikiLeaks owner" has gone "mad" or either playing into the hands of her political opponents.

"I would request the government of his country to send him (Assange) to a mental asylum and if they have no place for him in his country we can put him in our Agra mental hospital," Mayawati said.

With anger writ large on her face, the UP chief minister said, "Certain statements about me attributed by WikiLeaks to my two trusted men -- Satish Chandra Misra and Shashank Shekhar Singh -- were also evidently motivated with petty politics."

"As a befitting reply to all those who were behind this conspiracy, let me make it loud and clear that all this has only prompted me to give both of them greater significance in my scheme of things."