News
Business
Movies
Sports
Cricket
Get Ahead
Money Tips
Shopping
Sign in  |  Create a Rediffmail account
Rediff.com  » News » Will the Modi Brand be a market leader in 2019?

Will the Modi Brand be a market leader in 2019? 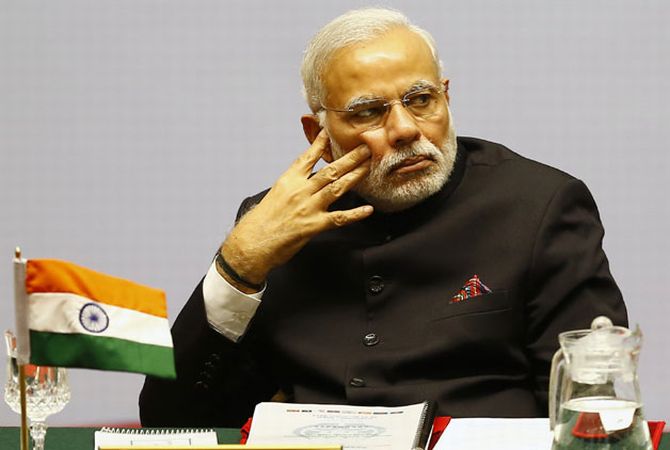 Why the prime minister's legacy will depend on how he governs, not the number of state elections he fights as personality contests, says Shekhar Gupta.

Clear election verdicts push political analysts into over-simplification. Many of Prime Minister Narendra Modi's detractors, for example, are now extrapolating the Bihar verdict on the national mood, arguing that the magic of 2014 is over.

This was said most succinctly this week to me by a senior leader of Mamata Banerjee’s Trinamool Congress who compared Mr Modi, at the end of 2015, with the then West Bengal chief minister Buddhadeb Bhattacharjee by 2008. He won a big mandate for industrialisation in 2006, said my interlocutor, and started believing that he could change the manner, style and ideological direction of his party.

By 2008, the ideologues, in his party and to the Left of it, had struck back and he was a lame duck.

This is what has happened to Mr Modi now, his story is over, he said.

The fact is, even if it is his personal view, he is not in a minority of one. This is the buzz among liberal intellectuals, the Congress party, and definitely among the small group of Modi-haters within the Bharatiya Janata Party. I would like to submit, however, that this is hasty and wishful.

The story that is over is Narendra Modi as an all-conquering political Chakravartin with his Aswamedha horse ticking off one state after another. But Mr Modi as the pre-eminent national leader is still intact, because Rahul Gandhi’s stature has not grown since 2014, it is very early days for Nitish Kumar who has to first find a modus vivendi with his youthful Yadav deputy.

And though his critics lampoon him for his foreign visits as empty grandstanding, the fact is that it is helping enhance Mr Modi's stature as a pan-national leader.

It doesn't cut much ice with the young Bihari voter who has an easy choice between Nitish Kumar and some unknown nobody, but at a time when nearly 250 million Indians (mostly young) are on Facebook, Mark Zuckerburg hugging Mr Modi at his headquarters has a great image rub-off.

In a national election, Mr Modi would still come back with a majority.

That contradiction, of his party continuing to suffer humiliating defeats in state elections despite his leading the campaigns, and his still being a winner at the national level, is easy to explain.

If he were to contest a national election, it would be a presidential-style contest. The choice for voters will be between Mr Modi, and either Rahul Gandhi or somebody as yet unknown. That choice will be easily made.

At a national level, Brand Modi is still intact, though it is beginning to get frayed. There is no guarantee therefore that it will remain a market leader until 2019.

Why the fraying? First, as any marketer would tell you, the biggest danger to a brand comes from over-exposure. Speaking to big audiences overseas, in India as on Independence Day, or while launching major projects, is useful as it isn't adversarial. But Mr Modi is erring by campaigning for each state as if his government and party’s future -- and his izzat -- depended on it. He is doing it without assessing his party’s real prospects. And he can't expect his party to tell him that.

For the BJP now, he is becoming what the Gandhis were to the Congress: A ticket to power.

It was one thing for the Congress to build its politics around one leader or family because it had no culture of letting others to grow. But the BJP grew because it produced a team of national and state leaders.

Even when the Atal Bihari Vajpayee-Lal Krishna Advani duo dominated it, there was a strong second line. Mr Vajpayee was the most persuasive campaigner; Mr Advani had a following and a mind of his own.

Some tension over method, policy and ideology persisted between them and it was healthy for a party with much greater internal democracy than its rivals, particularly the Congress. The credit for victory or blame for defeat was also more widely shared.

Today, the Narendra Modi-Amit Shah buddy-pair is different. The older two were equals; now, one is a leader and the other the lieutenant.

Mr Advani used tougher, combative language while Mr Vajpayee took the high moral ground. Now Mr Modi is being made to charge like a one-man cavalry regiment and can't be spared the blame for defeat. This is undermining Mr Modi’s aura and making him look beatable.

No prime minister wants this happening early in only his second year. This is the beginning of the 'business' phase for elected governments. Most of the real work is done between year two, when the new government has settled down, and four, when it gets into election mode again.

But the truth also is that Mr Modi is doing this to himself, by being constantly in this angry, forbidding, campaign mode. The method worked in 2014, when he needed to present a tough, aggressive counter to an electorate fed up of the United Progressive Alliance's waffling and its prime minister's lack of visibility.

It has become a liability for him as prime minister.

In a federalised India, the central government needs a working partnership with chief ministers. It will be wonderful for the ruling party at the Centre to have its own chief ministers all over the country. But if people won't oblige, you cannot start treating their chief ministerial choices as hostile. Or worse, as friends of Pakistan. That is not prime ministerial.

Mr Modi hasn't yet got rid of his campaigning mindset or the prickly defensiveness of Gujarat in response to what he saw as a ganging up of diverse forces, from political to civil society, against him. That issue was over in 2014. He was elected by a large number of India's disillusioned youth who believed his promise of growth, development, jobs. He wasn't elected to conquer the rest of the country for his party.

He won't be assessed in 2019 on the basis of how many new states he won or lost. He owes it to his voters now to focus back on governance, engaging and talking in Parliament instead of merely being seen talking overseas, or election campaigns. 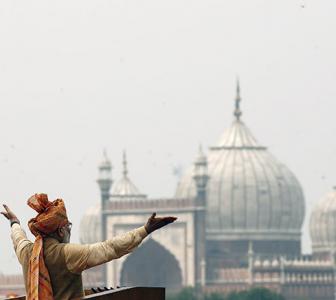 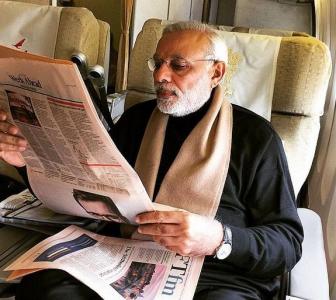 BJP must take back control of the message 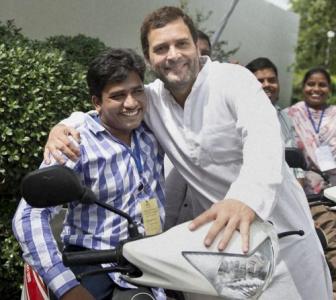 No longer Pappu, he has NaMo to thank!

COVID-19 not 'exploded' in India but risk remains: WHO

Why China is flexing its muscles 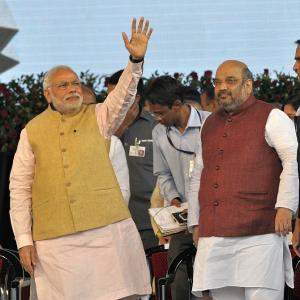 Amit Shah will stay on as BJP boss

5 things Modi needs to do ASAP